Lunch at The Munch Factory 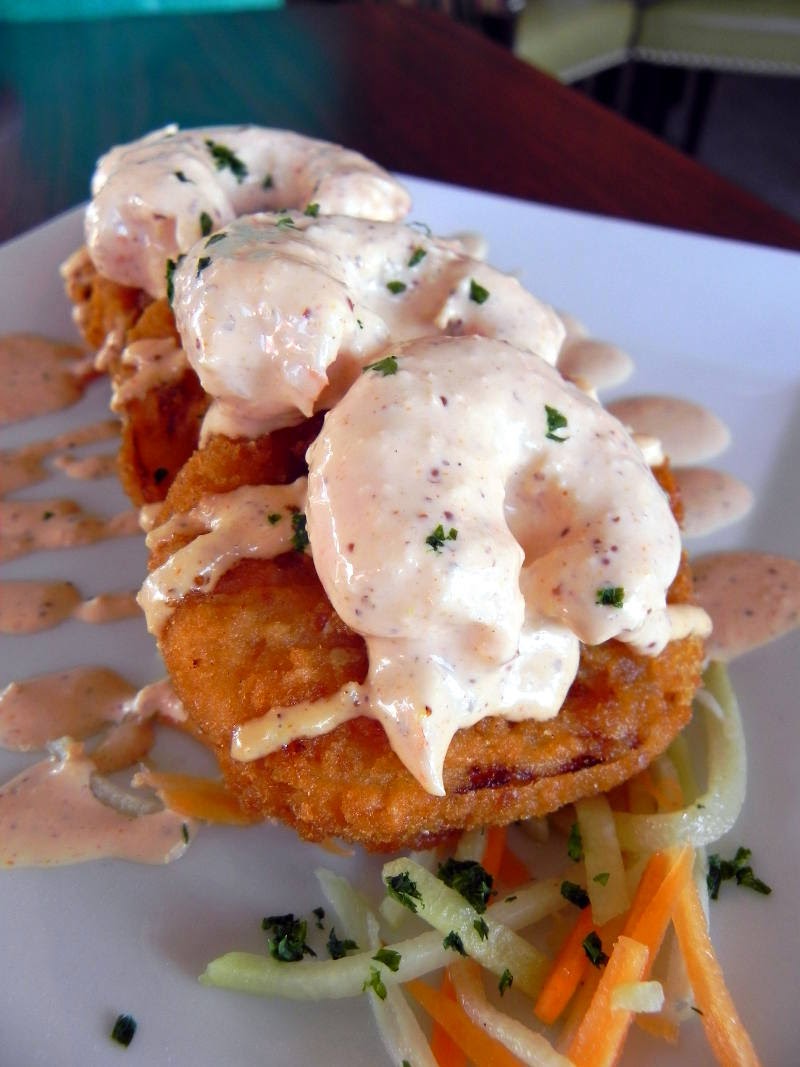 Several months back when I was still entertaining the idea of actually purchasing a house in Gentilly, I met my realtor (and awesome new friend!) Zuheily for lunch at The Munch Factory. Cruising around the area, it seems to me that Gentilly still has a long way to go before it competes (in a culinary capacity) with other New Orleans neighborhoods, but there are certainly a few gems worth visiting.

Located on Elysian Fields Avenue, less than two blocks from the University of New Orleans campus, The Munch Factory is a fairly new eatery (opened in 2011) headed up by talented chef Jordan Ruiz. When Zuheily and I walked in for an early lunch that day back in November, I was expecting Creole comfort food with a twist and that's exactly what we got.

We started with Shrimp Remoulade served atop several slices of fried green tomato. The dish was as delicious as any "fine dining" plate of remoulade I've ever tasted. The shrimp popped and the tomatoes were crisp, tart and not the slightest bit greasy. I also had to sample a bowl of their soup of the day, which turned out to be a creamy potato leek topped with a little shredded cheddar and a few croutons. 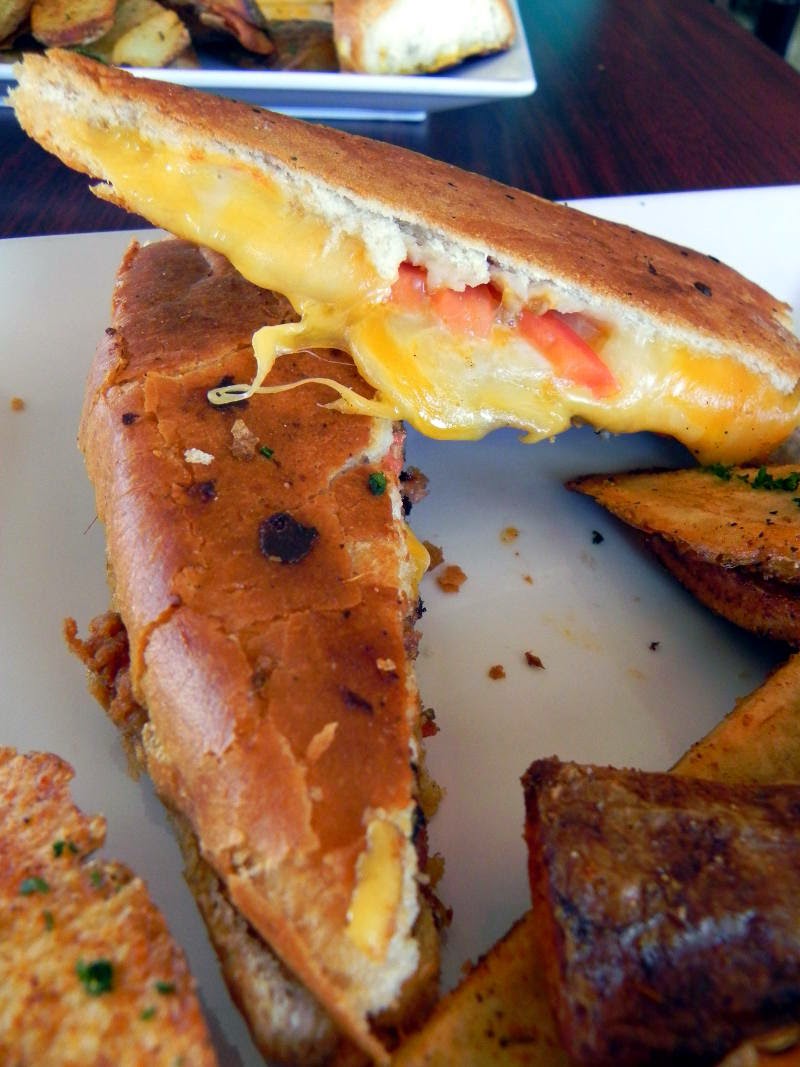 For our entrees, Zuheily and I shared out an Ultimate Grilled Cheese and a Hot Sausage Patty Melt. Both sandwiches were pressed on Cuban bread, both were oozing cheese and both were served with their signature "Elysian Peels" which are essentially well-seasoned, baked potato skins. Though we gobbled as much as we could, we still ended up taking some home because the portions were incredibly generous.

Dessert is almost always a given on my lunch outings, so naturally, Zuheily and I shared a slice of Tres Leches cake. Though the flavor was nice, it was much drier than I expected which kind of bummed me out, but the rest of our lunch more than merited a return visit. Especially since I've heard so much about the herb chicken he serves at dinner ...