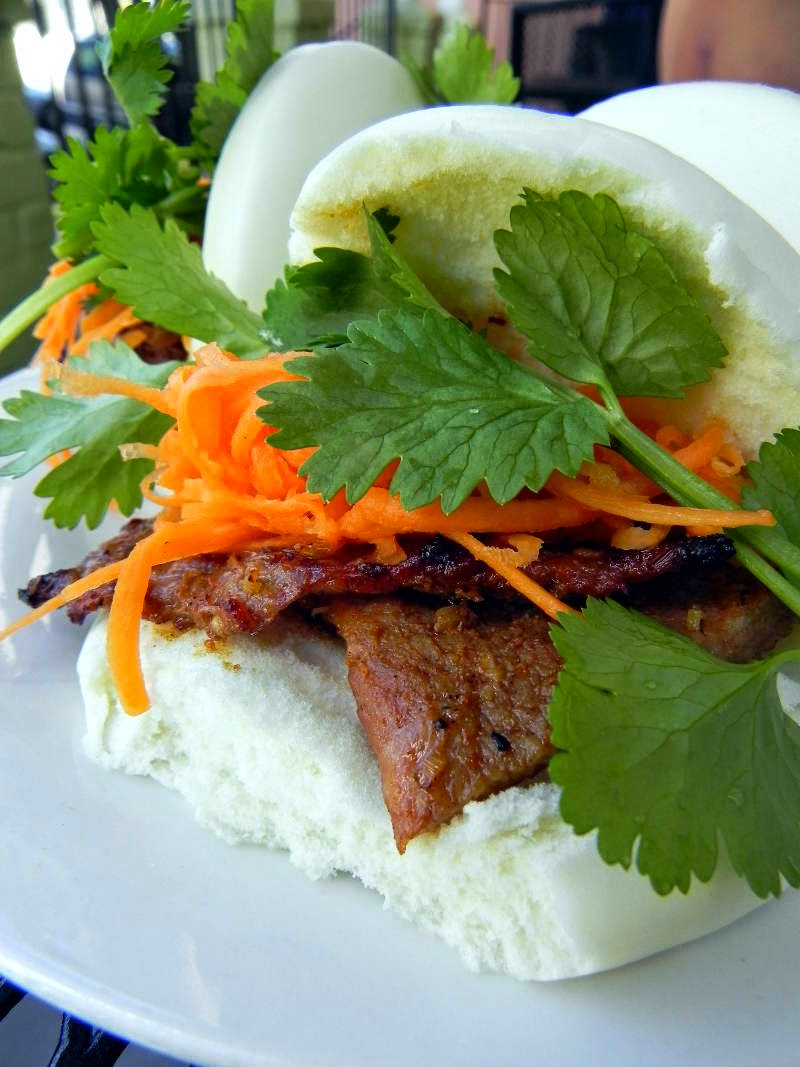 A few months back, my buddy Anne and I enjoyed lunch at Pho Cam Ly on Magazine Street. Over the years, I've eaten a lot of pho at a lot of different Vietnamese restaurants but there are always a few that can't help but stand out. Pho Cam Ly is on that list.

So many reasons! First, Anne and I arrived right after the lunch rush at noon and were able to score a seat on the porch of their gorgeous sidehall-turned-restaurant. After perusing the menu, Anne and I ordered a veritable Vietnamese feast, and settled to sipping sodas and gabbing till our lunch arrived.

We started with an appetizer of steamed buns (banh gap) stuffed with grilled pork, fresh cilantro and pickled carrots that was flavorful and plentiful, seeing as you got three large buns for only $5.50.  We also ordered the fried egg rolls that were crispy, meaty and pretty much gone about as quickly as you can say "cha gio." 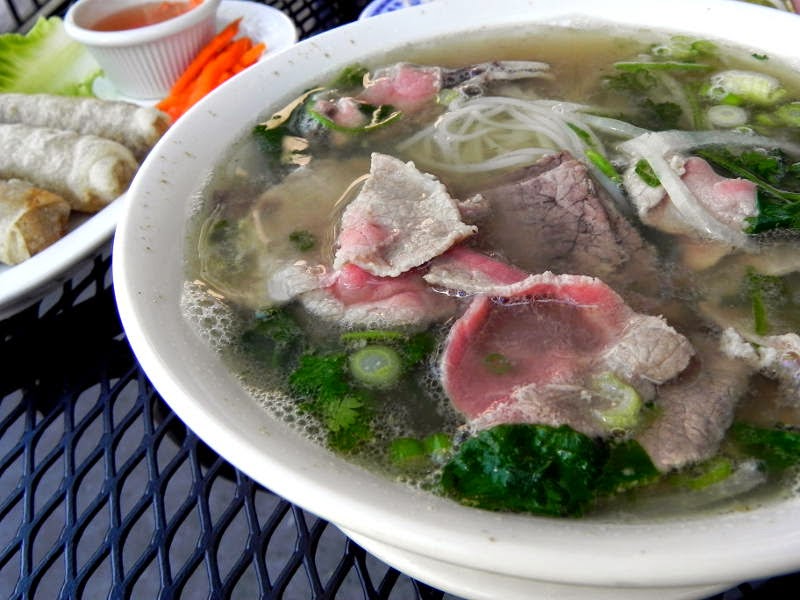 In short order, our soups arrived. I chose the pho tai with raw eye of round which was huge, even though it was a regular-sized order. The broth had that wondrously delicious depth present in any great pho, the beef and noodles were tender and plentiful, and the price was happy dance-worthy at only $6.75. I can't recall if Anne got the pho chin with brisket or the pho bo vien with beef meatballs, but I do recall her devouring it almost as quickly as I did.

Overall, it was a satisfying, traditional Vietnamese lunch savored at a surprisingly stellar price, and who could say no to that? Certainly not I...