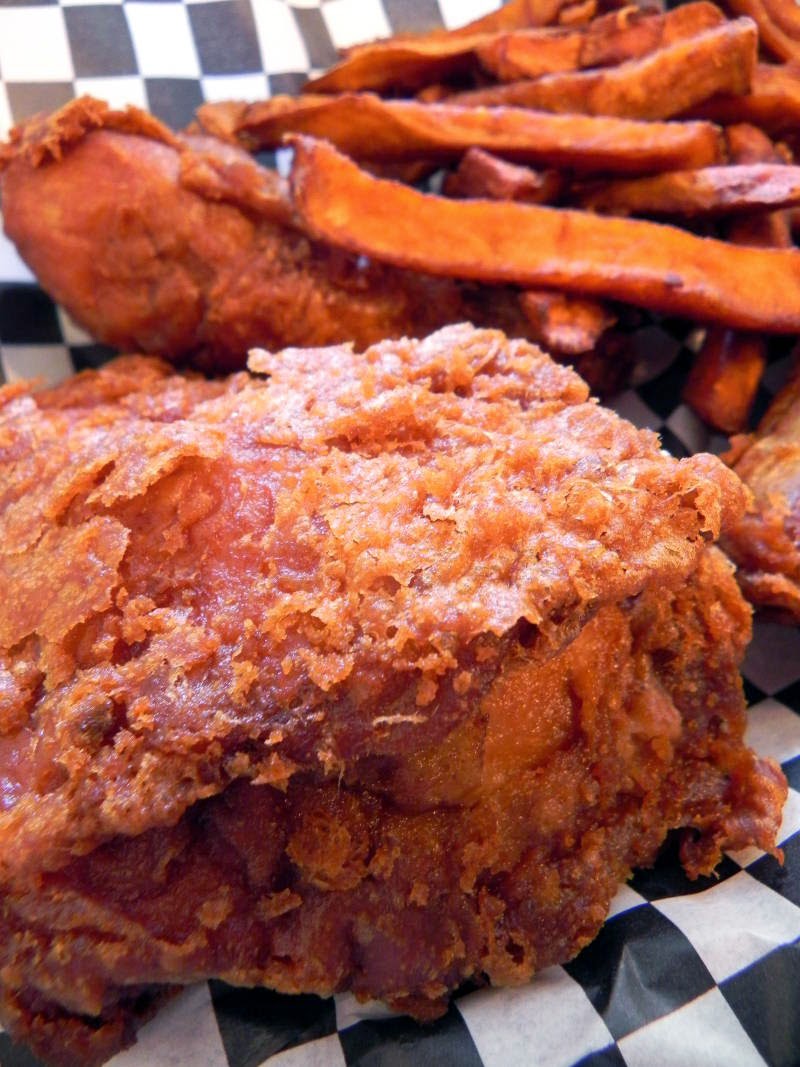 A few months back, I made my first visit (with my good friend Dani) to Willie Mae's Scotch House. I know, you're thinking "What the heck took you so long?" Well? I really don't have any excuse. Suffice it to say, I finally made it.

Dani and I got there a bit early in the lunch hour, so instead of waiting in a long line (which was wrapped around the block when we finished), we were able to walk right in. Both of us were starving, but we knew what we wanted and ordered right away.

Since everyone and their brother's uncle has been telling me to try "America's Best Fried Chicken" at Willie Mae's, my choice seemed rather obvious. After a short wait (which seemed like forever because we both were so hungry), our dishes arrived. I got three pieces of chicken, a breast, thigh and wing. I feel like the last person on Earth to eat at Willie Mae's, but if you've never been, you should go knowing that they serve a wet-batter fried chicken that is greasy, spicy and oh-so munchable in that to-hell-with-my-arteries kind of way. You will feel full, need to wash your hands and face afterwards, and likely swallow a few antacids just to survive the rest of the day. But, don't get me wrong, it's definitely worth the agony. 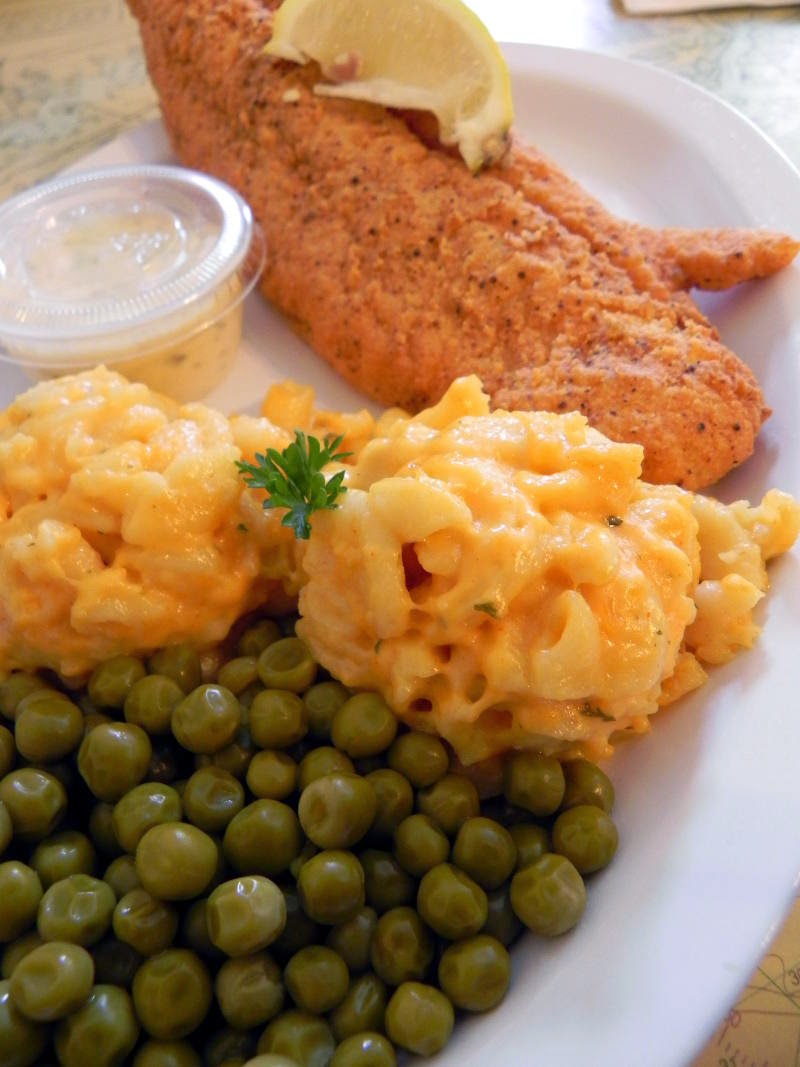 Dani went an alternate route and ordered fried catfish with a side of mac & cheese and cooked peas. The fish was quite good, fried in a spiced-cornmeal batter and not a bit greasy. The creamy, Velveeta-tasting macaroni seemed like the perfect side, while the peas, unfortunately, needed a lot of help. They were definitely canned peas, which is so very old-school New Orleans. We also had a couple of cornbread muffins that were edible. I only wish they were hot when they hit the table.

We also got a slice of Strawberry Cheesecake to share which was good, but likely not made in-house. Do I sound spoiled? Snobbish? Well, it's highly likely I've just gotten so used to restaurants emphasizing "house-made" and "farm-to-table" that I expect everyone to follow suit. Doesn't matter really, because the chicken is where it's at and since Willie Mae's just moved into a second location mere blocks from my apartment, I can guarantee I'll be back for more.