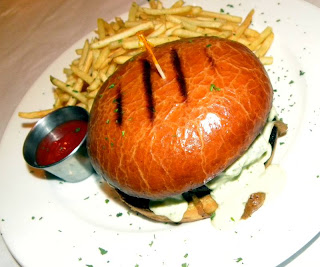 After overcoming many obstacles this week including a lung infection, incompetent physicians and their assistants, and unintentionally quitting smoking (I couldn’t breathe after all)…I was barely even fazed when I stepped on the scale to discover I had gained four pounds. Obviously, even a woman scheduled to write a weekly article regarding the incredible strides she’s made in weight loss and fine dining is bound to have setbacks. Considering I haven’t encountered a serious setback in the five months I’ve been dieting, I would say I am doing pretty well.

Regardless of my gain, I still was determined to eat my weekly cheat meal. John deserved a great meal too considering his patience with me during this trying time. (Will you ever forgive my irrational tantrums? Pretty please?) After much deliberation, I finally decided to try Jackson on Magazine Street. I’d driven past it many times and have considered dining there on many occasions since it re-opened. The time had finally arrived…

John and I got to the restaurant early and were greeted warmly by Mark Anthony, one of the owners of the new incarnation.  Mark informed us that Jackson often offers a special on Thursday nights featuring a Moroccan-themed menu where you can select three courses and a bottle of wine all for around $50 per couple. Although that sounded tempting, I already had my sights set on some items from the original menu, so I opted out this time, but made a mental note to try their special sometime soon. 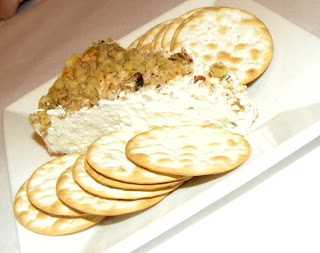 The interior of Jackson wouldn’t be out of place in the French Quarter with its exposed brick walls and high ceilings.  John and I were seated at a comfy, romantic booth upholstered in what seemed like a rich, brown suede-like fabric.  The white linen-covered tables all featured flickering candles and familiar strains of jazz flowed through the space at a comfortable level from what sounded like local radio station WTUL.

Our waitress kindly tempted us with a special cocktail dubbed a “Jackson Five” which was laden with several different kinds of rum, peach schnapps and cranberry juice.  We were both in the mood for a drink so we accepted, and to our delight, the drink was fresh tasting and fruity, served with rum soaked cherries and a thick slice of orange.  It was a perfect way to begin our evening.

For our first appetizer I selected another special, Cream of Asparagus Soup that was so tasty and laden with bleu cheese I could have scraped the bowl with some bread if I had any.   Next we had the Gorgonzola Cheesecake served with seeded crackers and topped with cheddar cheese and chopped walnuts.  It was really rich but we had no difficulty scarfing it down before our next appetizer arrived, Oysters Jackson.  These charbroiled beauties were laced with butter, Parmesan and topped with shrimp.  Although the oysters seemed a little small for this time of year, the shellfish was cooked perfectly and the flavor was delicious! 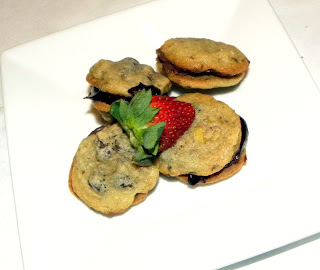 Admittedly, we were already getting full by this time but I was still anxious for my entrée that came out, colors flying, shortly after the appetizers.  My mouth was already watering as she laid the plate of Blackened Seared Tuna drizzled with Strawberry Jalapeño Butter served with my selected side of Whipped Boursin Sweet Potatoes.  The tuna was perfectly seared on the outside with a cool, raw center.  The heat from the blackening seasoning and the Jalapeño combined with the strawberry was a flavor my tongue hasn’t encountered before, but absolutely loved and I will definitely be back for more. Oh, and the sweet potatoes, let's just say John doesn't even like sweet potatoes normally, but he certainly couldn't get enough of mine.

Although he enjoyed some of my plate, John couldn't help but focus on his own dish, a Béarnaise Burger with a side of shoestring-style Truffle Fries.  The meat must have been marinated in wine and garlic (among other seasonings I couldn’t place) before becoming the delicious burger it was. Also, I love it when restaurants brush their hamburger buns in butter before grilling as Jackson so lovingly did.  The Béarnaise Sauce and grilled onions were just bonuses added to the delicious meat of the burger.  Before I forget to mention it, the Truffle Fries are awesome and, yes, a little truffle oil can go a long way in flavoring something as simple as a French fry.

Finally, because you know I couldn’t leave without something sweet, we ordered their Stuffed Cookies for dessert.  Simply put, they take homemade chocolate chip cookies and slather ganache and hazelnut chocolate between two to make a sweet little sandwich. They were truly divine!

The only thing that disappointed me about Jackson Restaurant was the fact that we were the only patrons there!  Even when we were leaving at around 7:00 p.m., we were still the only people in the restaurant.  What can I say but get your rears in gear and get over there!
Written by Unknown
Email ThisBlogThis!Share to TwitterShare to FacebookShare to Pinterest